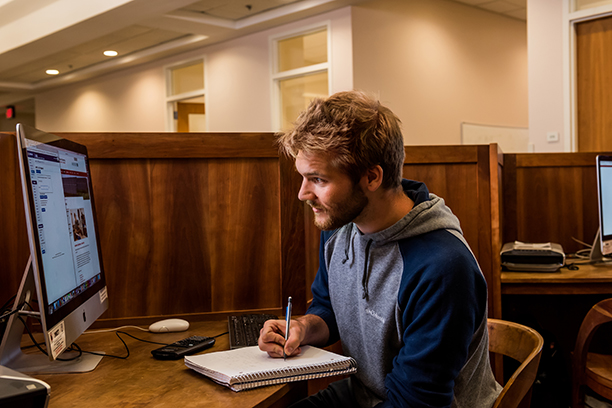 After a second academic dismissal, students are suspended from the university for a minimum of one calendar year. Students who are on second dismissal must apply for readmission to the Educational Affairs Committee. Readmission is not guaranteed.

The Petitions Subcommittee has developed the following guidelines for students asking for readmission after second dismissal:

1. Students should have made contact with an advisor from the School or College to make a written plan for success upon readmission.  Petitions from students without written support from a School or College are rarely successful.**

2. The student should provide evidence in the petition for why he/she expects to be able to be successful upon readmission.  If past poor performance was due to medical difficulties, documentation that these issues have been treated is important.

3. Students who are near graduation are more likely to be granted readmission than students who still have a significant number of requirements to fulfill the degree.

4. Being dismissed twice indicates a serious history of poor academic performance and requires a year away from the university. Early petitions for readmission are almost never granted. Likewise, a student who has been readmitted after a second dismissal will rarely ever be readmitted if dismissed.

Letter of support from advisor

Undergraduate students who have been readmitted after a minimum period of absence of five (5) calendar years or longer are eligible for an application for academic renewal. If approved, academic renewal creates a new grade point average to be used for determining academic standing. This policy allows a student who experienced academic difficulty to make a fresh start and have one final opportunity to earn a degree.

There are a number of advantages and disadvantages to pursuing academic renewal and it is important for a student contemplating requesting renewal to consult with an academic advisor to determine if renewal would be a net advantage to the student.

Students who wish to apply for Academic Renewal must submit a written petition and Academic Renewal Application (PDF) to the Educational Affairs Committee through the Office of the Vice President for Instruction. This petition may be submitted at the time of readmission, but no later than the end of two semesters of re-enrollment or one calendar year following re-enrollment, whichever comes first.

**If you are appealing to return with a change in major, you may consider contacting UGA's Exploratory Center at exploration@uga.edu for further advising assistance.